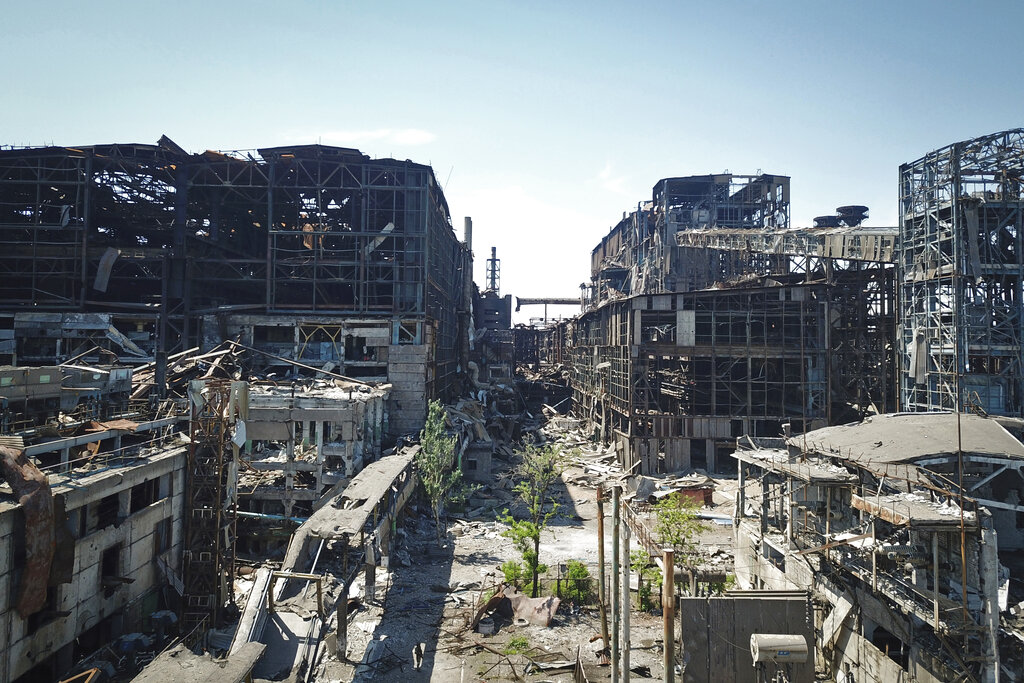 In this photo released by the Russian Defense Ministry on Monday, June 13, 2022, a view of the Metallurgical Combine Azovstal plant, in Mariupol, in the territory under the control of the Donetsk People’s Republic, eastern Ukraine. The plant was almost completely destroyed during the siege of Mariupol. (Russian Defense Ministry Press Service via AP)